Well, for the next couple of weeks anyway. Inspired by some fun books that are out now, such as:

Walking Your Human by Liz Ledden and Gabriel Petruso.

Anemone is not the enemy by Anna McGregor.

I thought we’d keep the funny going. Over the next few weeks, I’ll post reviews of our favourite books. Some new. Some old. But all funny!

If you’re looking for a funny book for your kids, for yourself, or you want to learn to write funny. These books have something for everybody.

Here’s a few to kick us off

Butt Out! by Heath McKenzie

Nobody likes being told that they can’t do something. For example, Baboon loves having his butt out and feeling free. Unfortunately, all the well-dressed animals don’t like it and want him to cover up.

They say things like, “Hey buddy, cover your butt!” and “I think you’ve forgotten your pants.”

But Baboon won’t have any of it. He didn’t forget his pants, he just didn’t put any on.

SUN’S OUT. BUNS OUT!

Baboon is all about bucking the trends and feeling free. He’s a carefree spirit who doesn’t care what others think. “Sun’s out. Buns out!” he reckons.

But, the animals don’t give up and all gang up on him, demanding he put some pants on. Eventually Baboon gives in and covers up, or does he?

This is a book full of funny one-liners and wisecracks that make it fun for anyone who loves pure silliness. And for anyone that has ever wanted to buck the trends and just be themselves.

I’m not a worm! by Scott Tulloch

When Caterpillar gets called a worm, he takes offence, ‘I am not a worm!’ he says.
‘Are you sure?’ says Chameleon
‘Quite sure!’ says Caterpillar, ‘I’m a caterpillar.’

When next they meet, Caterpillar is now a butterfly.

‘Hello Caterpillar,’ says Chameleon.
‘I’m not a caterpillar!’ says butterfly.
‘But I thought you said you were a caterpillar?’

At first, Chameleon doesn’t seem to believe it. But in the end Butterfly convinces Chameleon that he’s a butterfly. And, personally, I’m so glad he did, because what happens next is hilarious!

This is a funny book with a wonderful read out loud quality and great dialogue between the two critters. The illustrations complete the book – both characters come into their own through some amazing expressive pictures. This is so easy to read that it drew me in straight away and had me laughing quite a bit at the end.

Who flung dung? by Ben Redlich

EVER HAD ONE OF THOSE DAYS WHERE YOU’RE JUST CHILLIN’, AND THEN ALL OF A SUDDEN … SHOOP!?

Poor Furley the monkey knows what it’s like. There he was minding his own business one pleasant morning, when from nowhere, SHOOP! A huge pile of dung right in the face. Furley was not impressed.

WHO WOULD DO SUCH A FILTHY THING?

Was it Crocodile? Was it Elephant? If not, then who? Okay, toilet humour is not for everyone. But this is such a funny read aloud picture book, as Furley heads off accusing everyone he sees with the line, “Who Flung Dung?” Unfortunately for Furley, no-one owns up, until …

This is a wonderfully crafted and illustrated picture book. Each illustration adds to the joy of this book. On each page, the illustrations offer a little clue as to who the real culprit is. Kids of all ages will enjoy this, especially when read aloud. A book to be read and reread over again.

Be Quiet! by Ryan T Higgins

Best of all, Rupert is surrounded by the most magnificent forest setting. Rupert announces that his wordless picture book is about to begin and will have no further words. Starting … now!

HEY RUPERT, WHAT ARE YOU DOING?

Unfortunately, Nibbs the Mouse steps into the book and starts talking.

Nibbs begs Rupert to be in the book, making more and more words appear.

“Stop. You’re ruining it,” shouts Rupert, “I said BE QUIET!”

HEY GUYS, WHAT’S WITH ALL THE SHOUTING?

Now Thistle the Mouse arrives and wants to know what’s going on. When Rupert explains to Thistle what he’s doing, he wants to be in the book too. But, Nibbs and Thistle are creating so much noise that poor Rupert is getting very upset.

Nibbs suggests that they should introduce some other characters into the book to help combat all the noise. They need Captain Quiet – A Vocabulary Vigilante – a crime fighter who fights words.

Or, maybe a mime would help.

Rupert just loses it. He continues to shout at his two friends for a whole page. Until Nibbs points out to Rupert that he might want to stop, because this is a wordless book.

This is a great read aloud, especially if doing the voices. It’s silly, crazy and altogether hilarious. The cartoon styling of the book makes it easy to follow and the illustrations capture everything from the funny facial expressions to the scenic forest background. And, look out for the funny scene where the mice try to explain what onomatopoeia means.

Australia is in the grip of election fever. A new Prime Minister is to be elected.

WHO WILL YOU VOTE FOR?  RORY, OR DEBRA-JO WOO?

Rory wanted to be Prime Minister because he thought it would be really cool and he could do anything he wanted. Like, lick Melanie on the face or bite Amber on her bum. Or even flick a booger on someone. Yuck!

But, Mrs Gonsha took Rory aside and told him that’s not what the Prime Minister does “It’s a very important job because you’re in charge of the whole country. And, besides you can only become the Prime Minister if you’re elected by the people.”

But then Debra-Jo Woo said, “I want to be elected.”

Debra-Jo Woo said, “NO, ME. ME. ME. MEEEEEE.” And she got so excited, she accidentally poked Rory in the eye with a cheesy-stick from her playlunch.

THE ELECTION WE HAD TO HAVE!

With two kids both wanting the top job, there was only one thing to do. Mrs Gonsha called an election! It was just like watching the real parliament. The two candidates made their election speeches – complete with ridiculous promises. Their classmates voted, and a winner was chosen.

And the winner is …

Danny Katz and Mitch Vane. For giving us such fun books to read. The entire Little Lunch series is set during play-lunch on various days at a local primary school. This particular book is not only a laugh a minute, it’s also a fun and ideal way of introducing primary schoolers to the world of politics and the election process.

Jim Panzee woke up grumpy (This book had me at Jim Panzee). Jim’s neighbour, Norman the Gorilla, notices that Jim has woken up on the wrong side of the branches this morning, and is a tad grumpy. But Jim insists he’s not grumpy at all. The two head off into the jungle and come across their friends who also notice that Jim is all hunched over and looking, well … grumpy.

It’s a beautiful day in the jungle – the sun shining and the sky so blue. Everyone urges Jim to cheer up and enjoy the beautiful day. But Jim doesn’t feel like doing anything. He is in a grumpy mood.

The Illustrations really capture the mood of the jungle, as all the animals are enjoying the day and showing Jim how to cheer up.  My favourite is Python, “You should hug someone,” says Python, who has a good grip on a very perplexed rabbit.

Jim starts to realise he is feeling sad and sorry for himself. When he sees his friend Norman has hurt himself, Jim realises that he’s not the only one having a bad day, and they sit together, reflect on the world and begin to feel better.

I like this story the more I read it, and think kids and parents alike will really associate with Jim’s grumpy journey, and laugh along at this wonderful book. 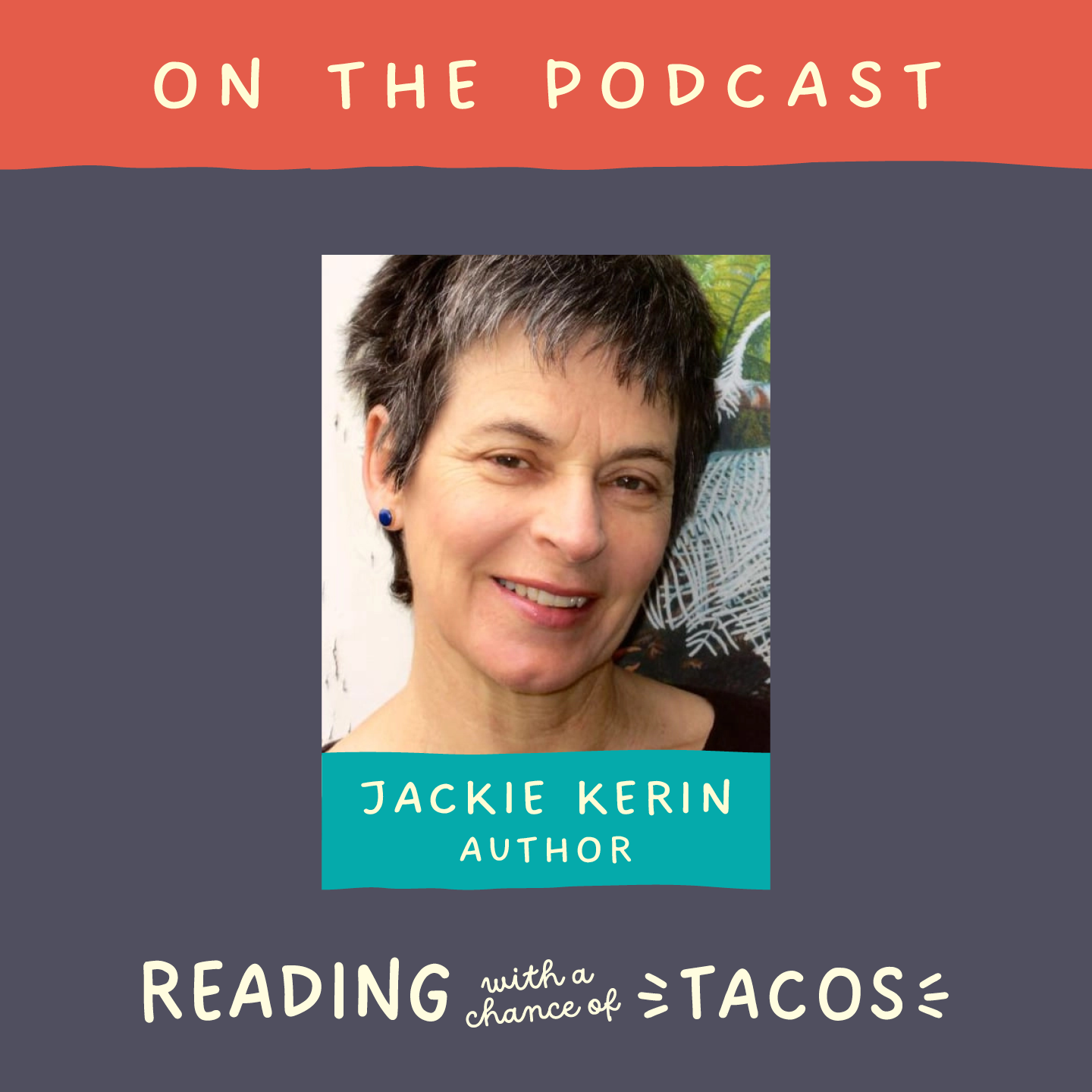 Storytelling – many ways to tell a story 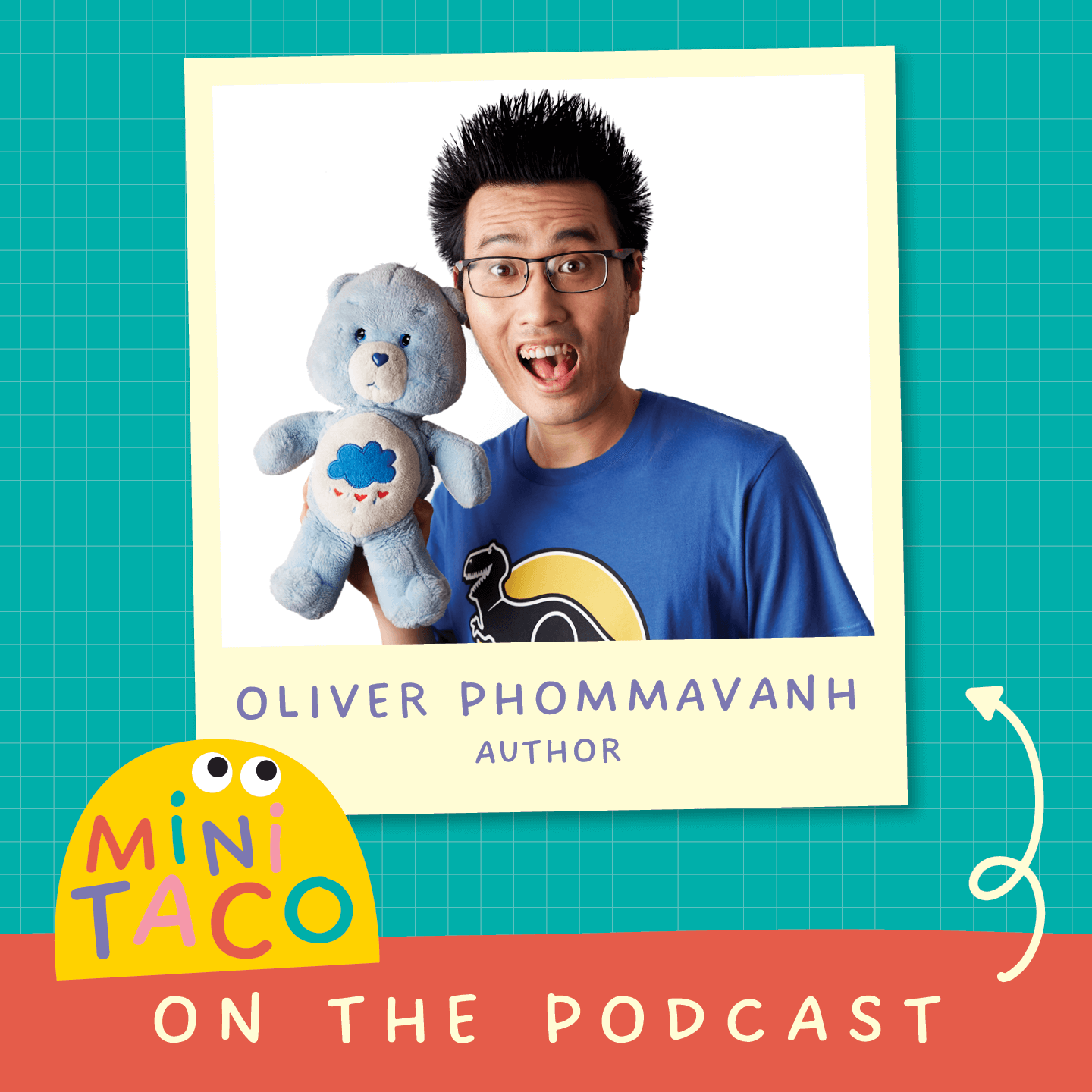 The Best Job in the World! 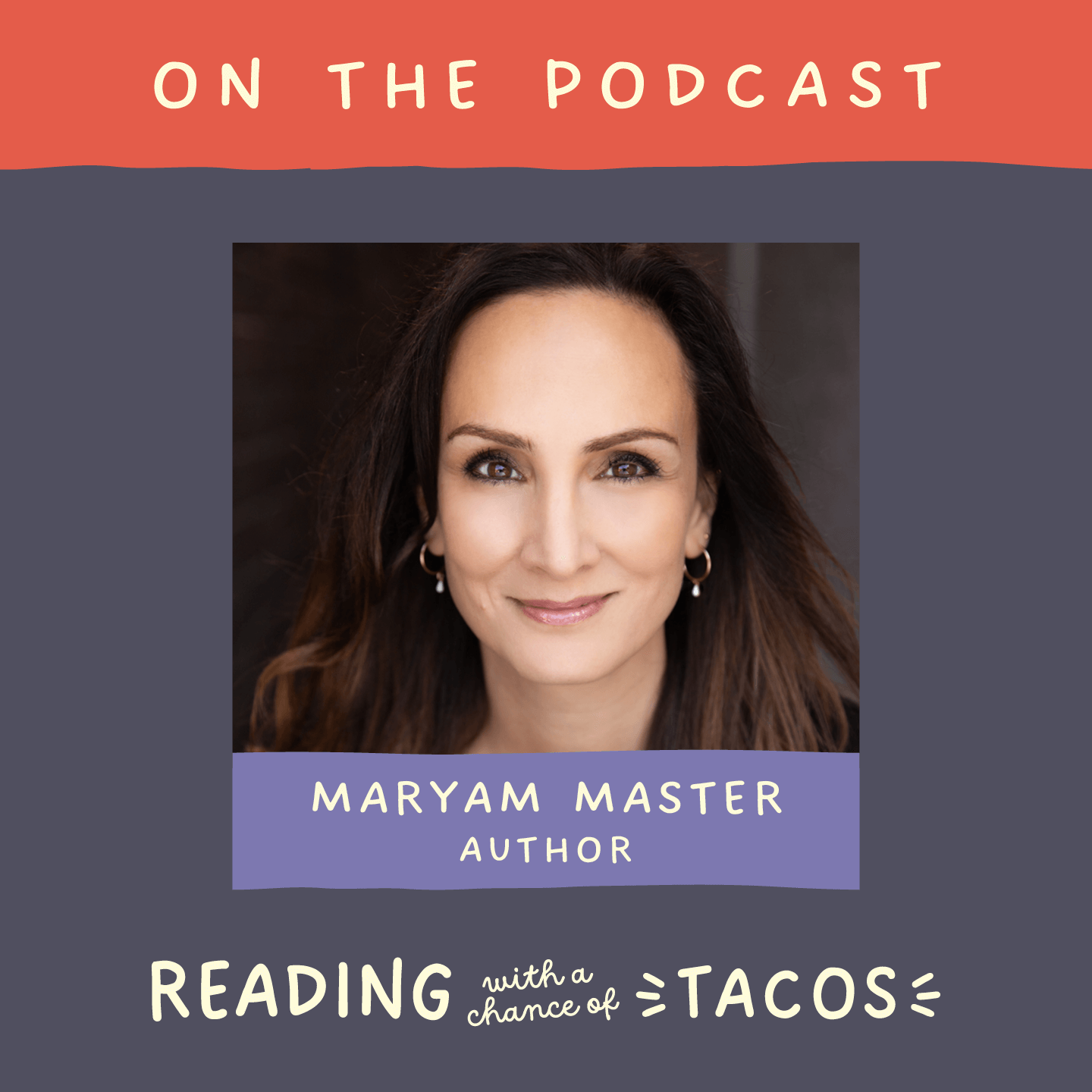 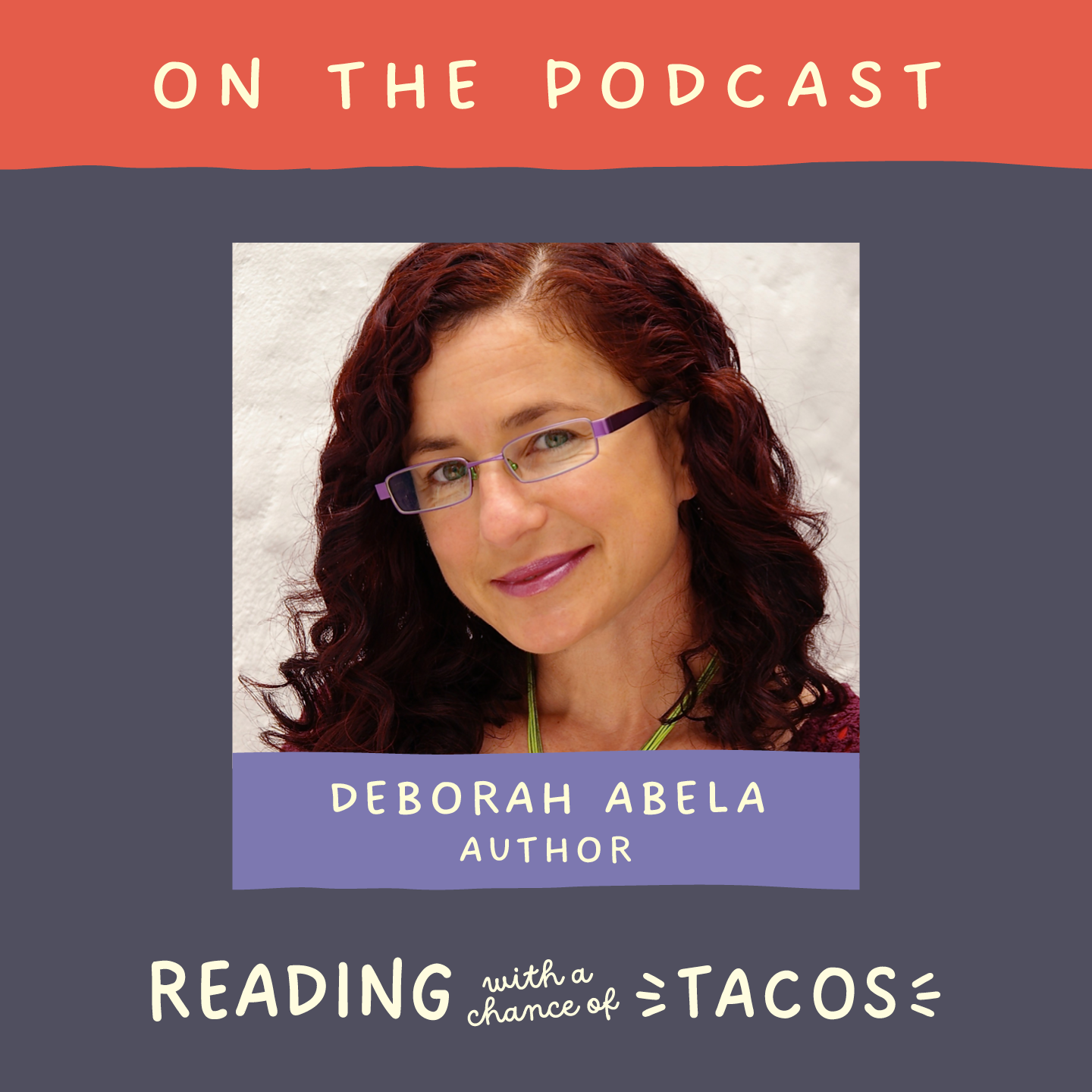 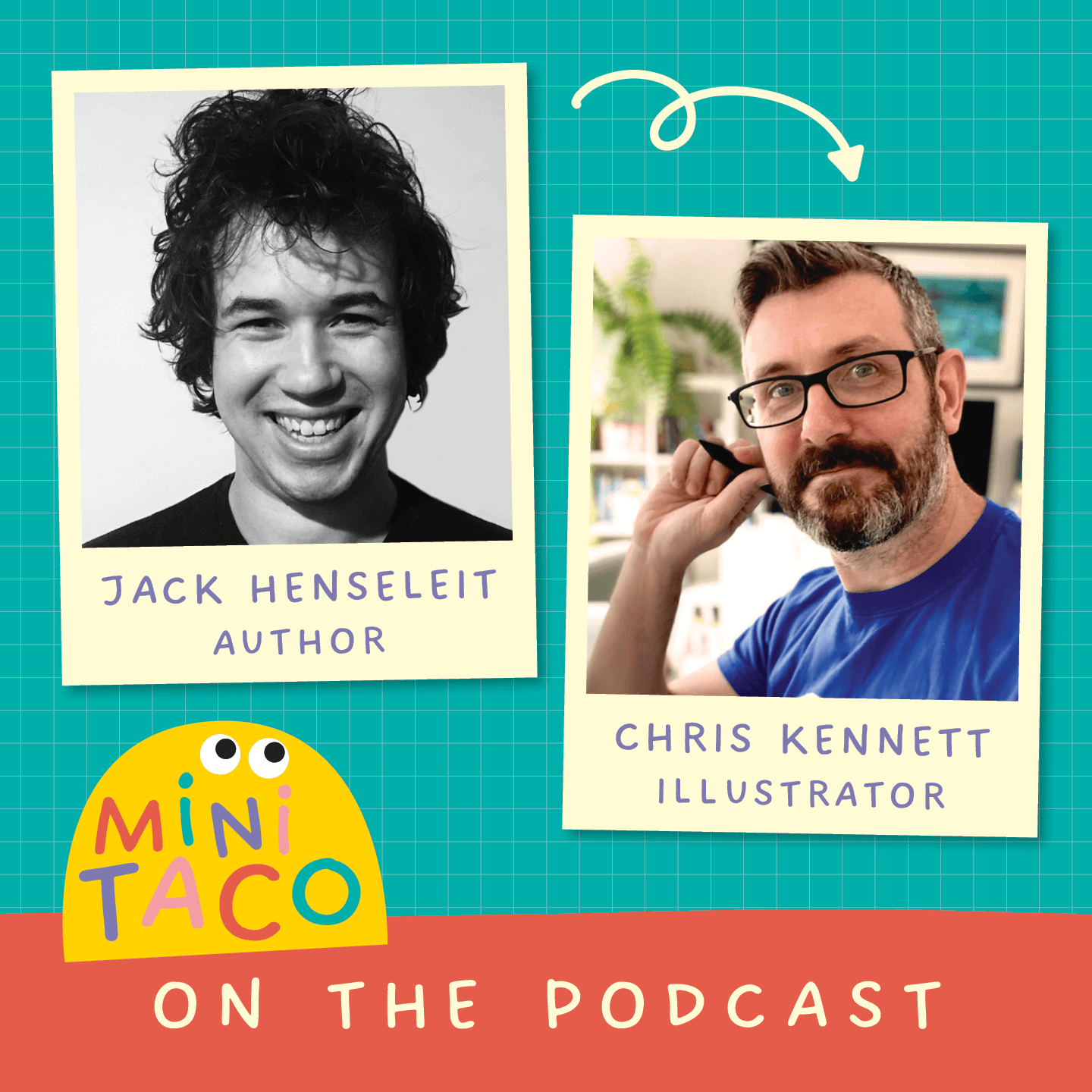 Adventure on the High Seas 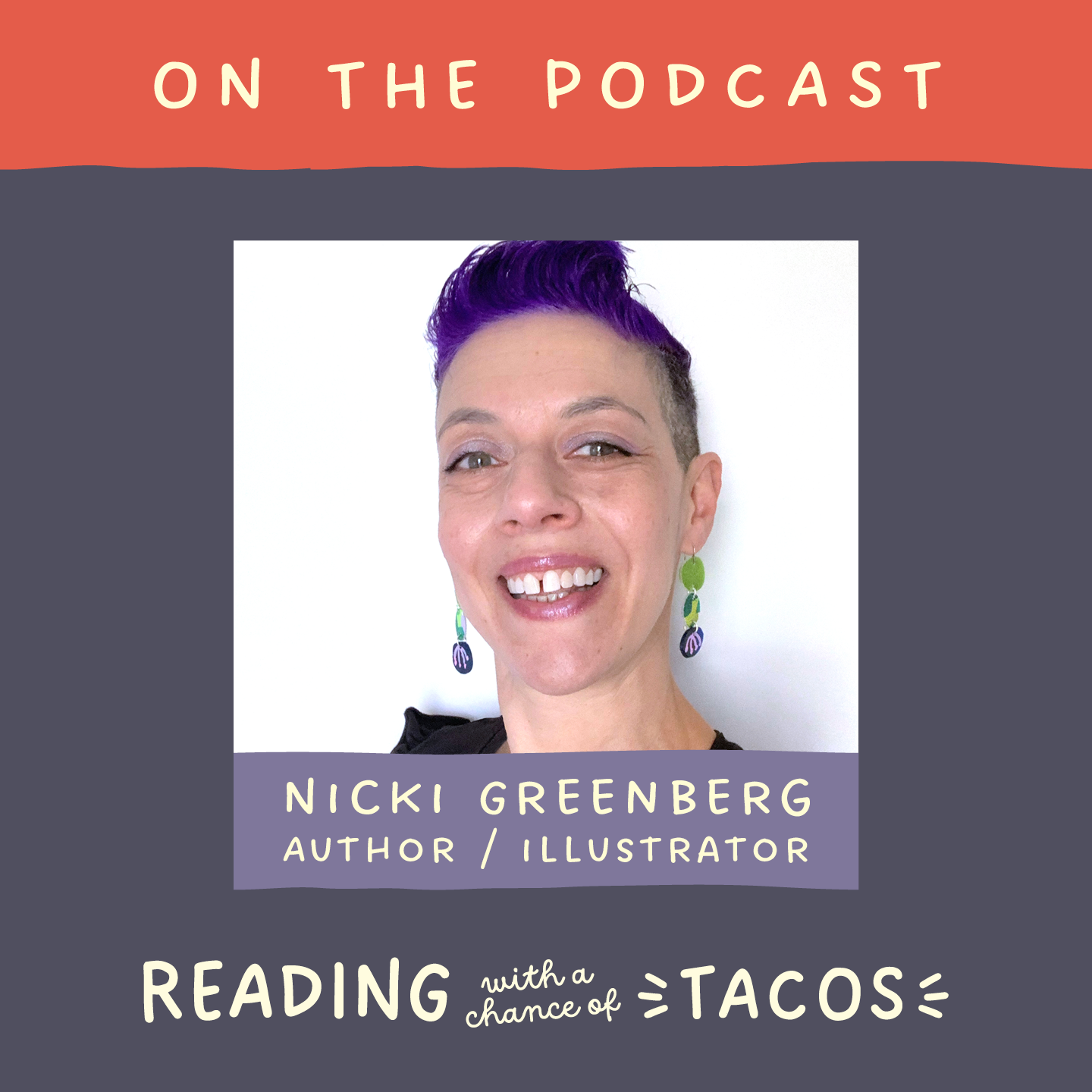 GET YOUR FREE TACOS HERE

Subscribe to Tacos and celebrate all things Kidlit with us.

If you’re a Mini Taco, don’t forget to enter your school name to WIN a weekly Book Pack. 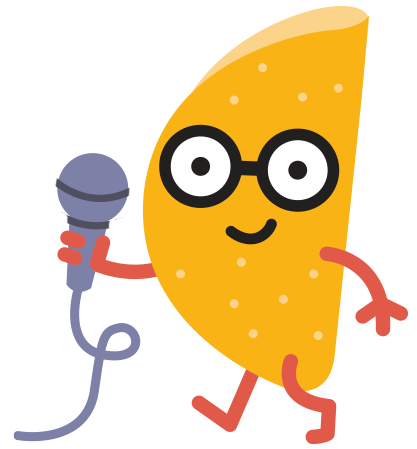 Reading With A Chance Of Tacos

For established writers and those just starting out, Reading with a chance of Tacos is here to assist you in your journey to publication and beyond.

Subscribe to Tacos and celebrate all things Kidlit with us.

If you’re a Mini Taco, don’t forget to enter your school name to WIN a weekly Book Pack. 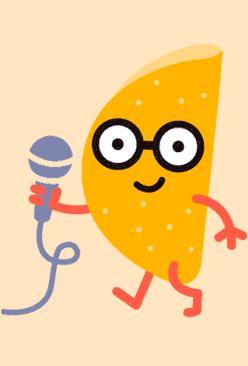